IEEE and ISO/IEC standards for IoT

Availability as a Driver for the IoT: Processing power

IEEE and ISO/IEC standards for IoT 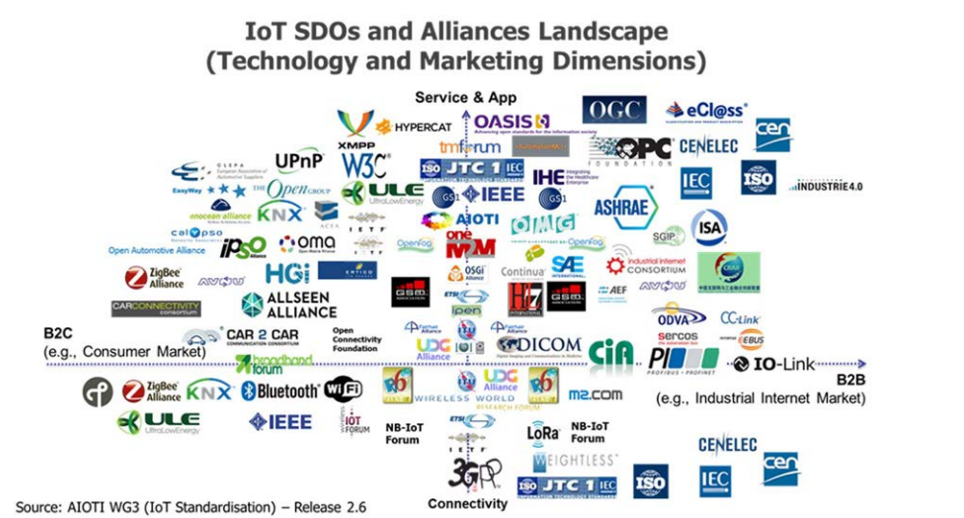 FORCE Technology is actively involved in many standardization activities across many industries.

From autonomous vehicles to precision agriculture, smart manufacturing, e-health, and smart cities, the IoT is already everywhere – and growing. With the development of the IoT, its users and manufacturers become more and more concerned with ensuring the safety of people, systems, devices, data transmission channels, etc. So, it is necessary to ensure International Standards for the entire IoT.

ISO/IEC and IEEE has developed standards in this area and bring all security requirements to a single universal form. Standards provide people and organizations with a basis for a mutual understanding of the IoT. This ranges from standards for calibration of gas flow meters, over standards for compliance of wireless communication, to standards for IoT implementations and considerations. We do this to:
• Align our understanding of deeply specialized technical topics across the world
• It helps us to create a concise common vocabulary for emerging technologies
• Be aware of emerging standards that are relevant for the Industry to thrive
• Be able to ensure that the content of the standards is aligned with our interests from a Danish and European perspective

In the following we have collected a brief resume of some of the important standards for IoT. We have chosen to focus on standards from three major Standard Development Organisations: ISO/IEC and IEEE, as they are usually widely adopted and organized. But it is important to mention that also significant work in organisations such as ITU, CEN/CENELEC, ETSI. In addition to this there are many standards that are essential for IoT to function properly, that emerge from industry associations, non-profit collaborations etc.

ISO/IEC 30141 — Internet of Things (IoT) - Reference architecture provides an internationally standardized IoT Reference Architecture, which the organization said will help ensure that connected systems are "seamless, safer and far more resilient." It aims to achieve this by providing a common framework for IoT application designers and developers and facilitating the development of reliable systems, which means that they are reliable, secure, privacy-friendly and can withstand disruptions such as be natural disasters and attacks. It highlights functional requirement such as Data Management, Device Management, Security, Confidentially and privacy, it also highlight non-functional requirement such as maintainability, reliability, usability, high availability, and scalability of your system. So, using reference architecture it is possible for outsiders to understand your system and further a higher interoperability, which enables others to use your data. IoT Reference Architecture highlighting six domains and related entities which communicate and exchange data by means of the network.

One of the aims is to assist stakeholders in creating a vertical specific architecture ensuring that IoT-based applications are resilient, safe, and easy to use and access. ISO/IEC 30149 ED1: Internet of Things (IoT) - Trustworthiness Principles provide methodology for implementing and maintaining trustworthiness of IoT systems and services.

ISO/IEC 30165: Internet of Things (IoT) — Real-time IoT framework is to provide a guideline for deploying an RT-IoT system to avoid pitfalls that usually occur during real-time system developments. It focuses on real-time capability in addition to very general description because failing on timing constraints could cause serious damage to an IoT system or to its environment, including injury or even death of people involved.