IoT and Wireless club: IoT is getting operational

IoT and Wireless club: IoT is getting operational 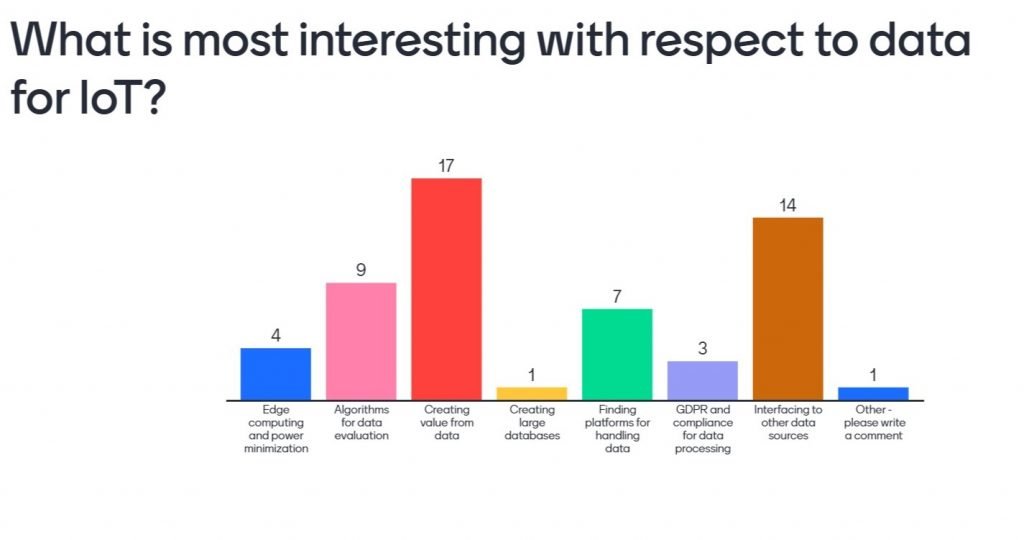 The title for the day was "IoT - big data and scalability" for the IoT and wireless club meeting in May, but in reality it ended up being an aha moment - IoT is getting operational.

Looking at Gartners hype cycle, IoT has been on the top of the hype for quite some years, but now we are looking into another phase. The “trough of disillusionment”, this sounds bad, but in reality, it is a good thing. 3-4 years ago, many of the presentations about IoT in the club was about things that the companies were going to build, but now it is about what they have built. Large scale infrastructure for the smart cities and society at large. That is also why we need the upcoming "IoT Trust assurance guide", to ensure trust between the operators and users

Cibicom with a nationwide IoT dedicated wireless network. Sweco with DriftWeb and IoT hub to connect the wireless data to the operational systems that all of our municipalities use, and SEAS-NVE who are bidding on, and winning tenders, based on IoT technology. But as we go from pilots to large scale, we face all the operational challenges, such as: how to clean the data when more than 100% is measured? how to identify and locate sensors that has been moved by other entities who hasn’t registrered it in the system? How do we create guides for the installers, that are going to install 6000 devices? Etc. etc. It makes IoT hard, but it also means that it creates value. Where one municipality saved 30% operating costs on emptying trash bins – it was in the millions of kroner per year.

We had a small vote in the beginning of the day about the most interesting aspects of IoT and here the winner was “Creating value from data”, closely followed by “interfacing to other data sources” and “algorithms for data evaluation”. The question is how we achieve this? Kapacity demonstrated that by focusing on the large masses of users who need the simple reporting, it is possible to create simple solutions, but I needs a facilitated process with the business developers, engineers and designers, who are subject experts in the company, to identify the simple solutions. Secondly AI is becoming part of the answer with the live demonstration from the Alexandra institute, where models are trained on a PC and transferred to a 10 USD device, and the chatbots from supwiz, who can help us with creating first level support for alle the users of the IoT systems. IoT is definitely getting real now, when we need to consider how to deal with large numbers of support requests.

Learn about the IoT and Wireless club here
Share